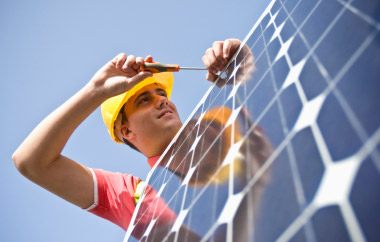 The International Renewable Energy Agency (IRENA) finds that renewable energy employed 9.8 million people around the world in 2016 – a 1.1% increase over 2015.

Jobs in renewables excluding large hydropower increased by 2.8%, to reach 8.3 million in 2016. China, Brazil, the United States, India, Japan and Germany accounted for most of the renewable energy jobs. The shift to Asia continued, with 62% of the global total located in the continent.

Solar photovoltaic (PV) power was the largest employer, with 3.1 million jobs, up 12% from 2015. The growth came mainly from China, the United States and India, whereas jobs decreased for the first time in Japan, and continued to decline in the European Union. New wind power installations in the United States, Germany, India and Brazil, meanwhile, contributed to the increase in global wind employment by 7%, to reach 1.2 million jobs.

Jobs in solar heating and cooling declined 12% to 0.8 million amid an installation slowdown in major markets such as China, Brazil and the European Union.

Large hydropower employed 1.5 million people (direct jobs), with around 60% of those in operation and maintenance. Key job markets were China, India, Brazil, the Russian Federation and Viet Nam.

In addition to the annual update on jobs in the sector, the report includes findings from a workplace survey in the Middle East and North Africa on barriers to women in clean energy labour markets. Although gender discrimination seems less pronounced in renewable energy employment than in the energy sector at large, challenges remain for women in regard to employment and promotion. IRENA conducted the survey with the Clean Energy Business Council (CEBC) and Bloomberg New Energy Finance (BNEF).