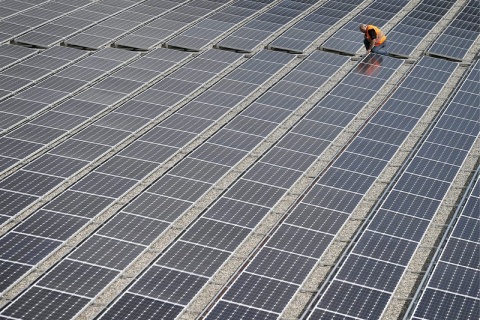 The Bulgarian Energy Holding (BEH) has asked the government and Parliament to agree to levy a 30% tax on revenues of photovoltaic power plants from electricity sold at preferential tariffs.

According to a letter of Boyan Boev, executive director of the Bulgarian Energy Holding (BEH), as cited by mediapool.bg, the measure will achieve three goals, including to balance the system, which is currently plagued by a deficit which cannot be covered with the existing electricity prices, to capitalize the National Electric Company (NEK), which is currently in a state of technical bankruptcy with debts of over BGN 2 B, and to once again reduce electricity prices for household consumers, which were downsized by 4.5% in August.

This emerged from a letter sent last week by Boyan Boev, executive director of the Bulgarian Energy Holding (BEH) to Parliament Chair Mihail Mikov, to Ramadan Atalay, Chair of the parliamentary energy committee, to Economy and Energy Minister Dragomir Stoynev.

In his letter, Boev proposes the adoption of changes to the Energy from Renewable Sources Act and he explains what burden renewable sources place on the energy system and electricity bills, not only in Bulgaria, but all over Europe.

However, he proposes legal amendments which introduce a tax applicable to photovoltaic power plants only.

In the letter, the chief executive of BEH points out that the energy system, which has been hit by the renewable energy boom, can be optimized through measures «such as changing the support mechanism and introducing tradable green certificates with a view to alleviating the burden on the budget and avoiding the regulatory risk, or the introduction of price restrictions – ceilings on purchase prices of renewable power.»

The letter also proposes the introduction of an additional tax on the preferential prices for purchasing renewable electricity.

«The tax rate is to be set at 30% and is to be levied on a monthly basis directly by the public supplier on the quantities of electricity sold by the producers,» he suggests.