ECO//SUN. Solar is our future. 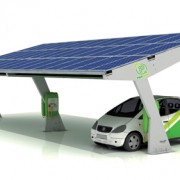 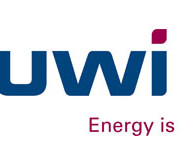 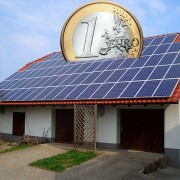 New commercial and industrial renewable power generators will have to pay a charge on the electricity they consume, according to a plan backed by the German Cabinet on 29 January. Part of the reform of the Renewable Energy Sources Act (EEG), the proposal would mean that from August such ‘self-consumers’ would have to pay 70% of the charge used to pay for renewable subsidies (the EEG surcharge), which currently amounts to EUR 0.0624/kWh.

Under the proposal, the first 10MWh would be exempt for owners of solar PV projects under 10kW. However, the new self-consumption charge would make the economics of installing a larger PV system significantly less attractive. Some 83% of solar self-consumers would be subject to the new charge, according to the German Solar Energy Industry Association. Many of the details have yet to be finalised but the Cabinet is expected to sign the draft into law in April. It will then go to the Parliament for a vote in June.

As part of Germany’s reform of its renewables support mechanism, the government is also considering a reduction in the feed-in tariff from the current average of  EUR 0.17/kWh, to EUR 0.12/kWh. The reform aims to lower the cost of the country’s transition towards renewable energy – a transition which has contributed to an increase in residential electricity tariffs to the point that they are now the second-highest in the EU-28. While the move to decrease support for solar PV may have a long-term impact on installation levels, Germany will still retain the top spot for solar PV capacity. The country’s installed solar power will climb 8% to 38GW in 2014, according to Bloomberg New Energy Finance forecasts. How long it will keep first place is not certain, as it was only a distant fourth for new capacity additions in 2013, after China, Japan and the US. In any case, Germany is not alone in seeking to reduce the cost burden of supporting renewables by implementing what might be deemed a ‘renewables disincentive’: in December, the Spanish government passed a regulation to implement a new ‘back-up fee’ for existing and new self-consumption systems up to 100kW. The levy will be in the range of EUR 0.07-0.09/kWh for systems under 10kW.The draft law targets self-consumers in part because they are connected to the grid and require its services.  Solar PV self-consumers, in particular, can make significant demands of grid services: during the day they may need to export large amounts of excess power, while at night they still depend on external supply. Net metering could mean these self-consumers do not pay as much as their use of the grid’s economic services might warrant.

In addition to the self-consumption charge, Spain plans to cap the return earned by renewable energy at 7.4%, according to draft rules seen by Bloomberg News on 3 February. The rate on investment was based on the average yield on a 10-year sovereign bond plus three percentage points. The 1,000-plus pages of regulations, which still need government approval, would implement hundreds of parameters for calculating cost bases, including technology type and connection to the transmission network.  Like Germany, the Spanish government’s aim is to curb renewables subsidies. These amounted to EUR 50bn (USD 68bn) over the last decade.

The state of Arizona was the first jurisdiction to implement a self-consumption charge, implementing a fixed monthly charge of some USD 0.70/kW of installed system capacity for rooftop solar systems, in order to compensate for their use of the grid infrastructure for net metering. As many as a dozen US states are considering whether to follow suit. For example, utilities in California are demanding fees to connect solar panels to the grid. These charges would add some USD 120 a year to rooftop users’ bills. These moves are the first response to rising unease about self-consumers, but are likely to gain currency in other countries with high levels  of small-scale solar PV.